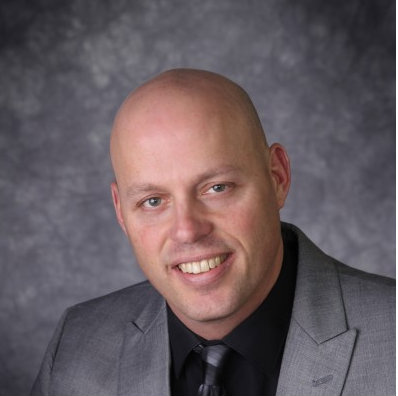 Thank you for contacting us, we'll get back to you shortly.

Sorry, we are unable to send your message at the moment. Please try again later.

Licensed since November 2008, switched to full time September 2009. Weichert Realtors-Tower Properties Rookie of the year 2009. Co-Owner 10/31/2012-1/1/2016. Opened 2 new offices from scratch during ownership. Switched back to sales only 1/1/2016. 2016 & 2017 top selling agent in Weichert Realtors-Tower Properties offices.  President of Lakes Area Networking Group since 2016 helping local businesses grow.  Active in the community and have been for a number of years through coaching, service clubs and donations and fundraising.

Born and raised in the Brainerd Lakes Area. Graduated from Brainerd High School 1989. Graduated from Minnesota State University-Mankato 1994. Moved back to Brainerd 1996 and have been here since. Raised 3 children; along with Mary Streiff, (an accomplished teacher, coach and athlete in Brainerd), with all 3 having gone through the Brainerd School District (ISD 181). Sports have been a big part of our lives in the area. I have been involved in housing, service and education my whole life. I know homes, I hustle for people, and I educate them to make good competent business decisions to help them create wealth through real estate.

The data relating to real estate for sale on this web site comes in part from the Broker Reciprocity Program of the Regional Multiple Listing Service of Minnesota. Real estate listings held by brokerage firms other than the publisher of this website are marked with the Broker Reciprocity logo and detailed information about them includes the name of the listing brokers. Information Deemed Reliable But Not Guaranteed. All properties are subject to prior sale, change or withdrawal. Neither listing broker(s) nor the site owner shall be responsible for any typographical errors, misinformation, misprints and shall be held totally harmless. ©2020 Regional Multiple Listing Service of Minnesota. All rights reserved. By conducting a property search on this site, user agrees to EULA found on: http://www.northstarmls.com/wp-content/uploads/2015/08/EULA.pdf

Please provide your name and email

Thank you for contacting us, we'll get back to you shortly.

Sorry, we are unable to send your message at the moment. Please try again later.